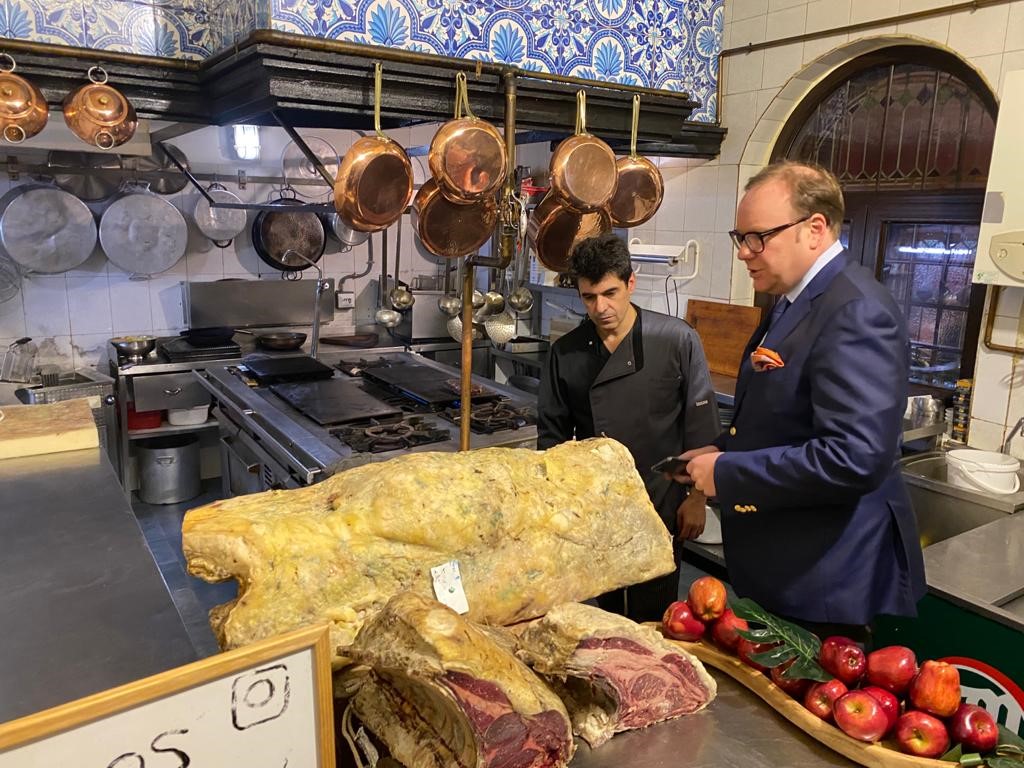 Rubia Gallega at Las Reses in Madrid Click to Tweet
The Dutch Foodie, an attractive and extremely funny person, likes to travel and explore local restaurants. Although the DF travelled to Madrid many times, the last visit was already 5 years ago. So, the DF asked around. His friend Xavier (a workaholic friend who travels a lot), who owns a business in Madrid, gave the DF an impressive list of local restaurants to visit. I have attached the list to this blog.

In Madrid, the DF has one friend only, but it is a very special friend: Eduardo. A wonderful funny and smart guy, he could be the DF’s brother, but on one condition only: he has to acknowledges that the DF is more attractive and funnier! The DF and Eduardo have an unsolved issue on this subject.

As the DF announced his trip together with his friend Jeroen to Eduardo, immediately a discussion “where to eat and drink” started. This is what I love about Spain, and Eduardo in special: it is all about food and enjoying life. What are we doing in the Netherlands, having a 15-minute lunch with a simple cheese sandwich?

Of the ten restaurants I had on my secret list, only two were approved by Eduardo: La Cabra and Donostiarra. The other restaurants (among them a number is Michelin star rated) were “ok”.

Eduardo wanted to show us the real Maderian restaurants.  They serve bean and meat dishes (only).  One of them is Las Reses, and believe it or not, it was 7 meters from the hotel (Relais & Chateaux) your DF picked out!

When we enter Las Reses, we see a beautiful hall with a bar and bleu Spanish tiles. The restaurant is situated in the basement. Around 12 tables, and one thing is clear, they know Eduardo, of course, very well!

Around 2 o’clock, the restaurant is fully booked, and we start with some tapas (anchovy, jamon) followed by fried fish (looked like an IGLO Fish stick, but tasted really good), green beans with fresh langoust (mjammie!) and a steak tartare. Freshly made at the table (a little bit too much mustard). Although we already ate a lot of meat, the piece had still to come: 1,8KG Rubia Gallega cote the boeuf, aged for 70 days, just with some salt and pepper. It was divine!!!! In the meantime, Eduardo ordered the second bottle of red wine (Pago de Carraovejas 2017)! Crazy people those Spanish, drinking a lot of (wonderful) red wine during lunch!

After this wonderful piece of meat, we thought we could end this 3(!) hour lunch with some desserts (together with a lot of gin tonics). After the second GT it was Eduardo who discovered we had never tried the typical Maderian dish: “callos a la Madrilena” (“tripe”).

I saw the hesitation in the eyes of my Dutch friend Jerome, but the Dutch Foodie is not a pussy, and he loves new dishes. It was wonderful.

I was so proud to tell this story to Luis, my Spanish brother in law (who could not believe it, until I showed him a picture).

Las Reses is worthwhile the detour.

Thank you, Eduardo, for this wonderful experience!

Hi Dutch Foodie-fans, there they go! 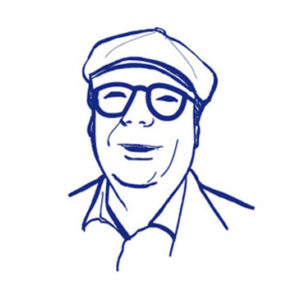